Carlos and Ruben’s family is numerous are eight brothers from Ayacucho. In the ’80s they saw their parents working in agriculture and then in handicrafts with clay, and they were struck by the figures they made as vessels, musicians, churches, bulls, whistles, etc. At first I played with clay but then as time went by I helped with the simplest jobs like scraping, counting, etc. In the 90s as a consequence of terrorism, His family had to emigrate to Lima and start from scratch since they arrived with nothing because they left their things in Ayacucho. Already in the capital, they had to find their raw material (clay) they placed it in stone bridge and from there they began to work.

Little by little they met exporting customers and with them they were able to get their work out. They are already 20 years working in this branch of crafts, which is the sustenance of their family. Thanks to fair trade, they have been able to increase their economic income and have a better market position. 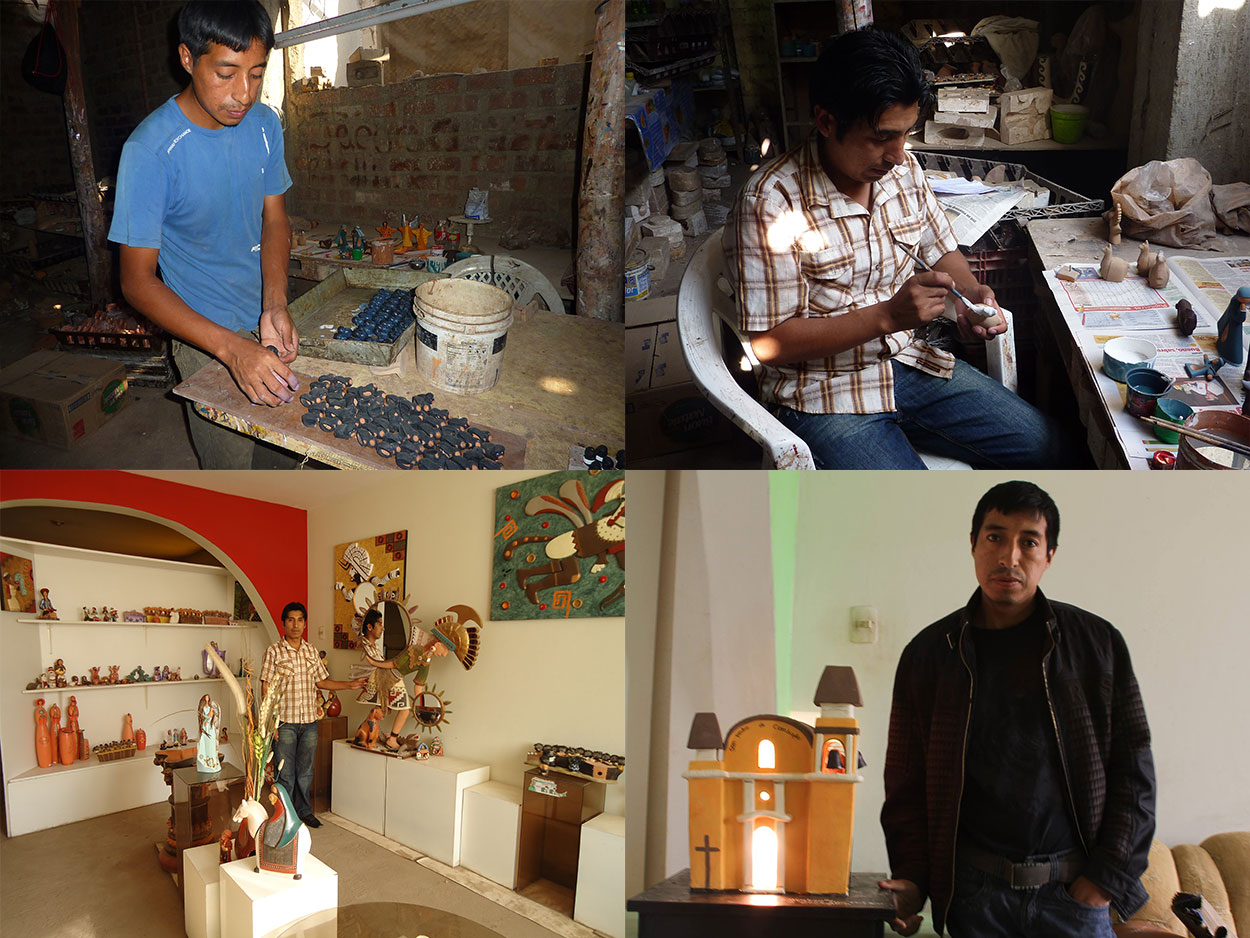